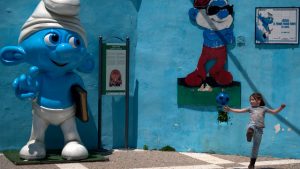 Sun, sea and city breaks – Spain really has it all.

But how can you make sure you’re getting the most out of this beautiful country when it comes to hosting an event or team building?

We know people value travel experiences more than ever before – in fact, travel is more important to millennials (who are fast making up workforces) than home ownership!

So, when it comes to the wow-factor and highly Instagrammable moments we know Spain has it all laid out. It couldn’t be more simple.

Places like Barcelona, Valencia and Madrid are known for their buzzing atmosphere and Granada and Malaga can’t be beaten for beauty. Plus, since Blazing Events have got all your event needs covered all you need to do is dream about what the country has to offer.

The Simple Things in Life

Team building doesn’t have to be a frantic rush, instead here are five insider pro-tips, in glorious Spanish locations, to make sure you’ll be wowed without being winded.

That’s the beauty of taking your corporate event or team building exercises to Spain.

It’s not only the sun, sangria and tapas (although they do help!) but the fact that around every corner there’s something new to see.

This is the chance to impress your clients or team by taking them away from it all. So why not go that one step further? We’ve found Disney castles, Smurf villages, and historic caves all waiting to be explored on your next excursion (and all near the awesome locations you know and love).

So, kick back, relax and have a look through our handy tips to getting off the beaten track. It’s time to be inspired by Spain’s hidden gems (as well as its obvious charms).

One of our all-time favourite spots are the Hammam Al Ándalus Arab baths. These were the first Arab baths to be reopened in Europe and are set inside the ruins of an old Turkish bath. There’s seriously no better way to unwind after a long day than steaming up and then plunging into a cold pool.

You could also treat your team to a massage, letting the smell of rose, red amber and pomegranate fill the air. Sounds dreamy.

Granada is also known for its hidden caves, but instead of heading to Sacromonte why not take a trip to the lesser known Guadix?

Here you can actually stay inside some of the caves and see first hand how the community live day to day. The caves stay naturally cool under that hot Andalusian sun and it’ll give you a chance to unwind and explore at a slower pace.

Top tip: One of the best cultural quirks in Granada is the free tapas. Order a drink and you’ll get a tapa of your choice. Free food? Yes please!

Sheltered by the beautiful mountains of the Sierra Blanca and pitched on the shore of the Mediterranean sea, Málaga and nearby Marbella have so much going for them when it comes to your next corporate event.

But did you know it also has Smurfs?

It’s worth taking a trip to the tiny town of Juzcar. When it became the setting for the film, each house is painted a bright Smurf blue.

The residents decided they rather liked the hue once they saw tourist numbers jump from 300 a year to 80,000. It’s a striking sight and perfect for snapping photos.

There’s a magical spot waiting for you a short train ride from Madrid. Only once you’ve had your fill of tapas, taken a cooking class, or even made your own movie of course!

With any extra time you manage to squeeze in, you should visit the stunning alcazar of Segovia. It’s straight out of Disneyland. Except not made of plastic and started life as a Roman fort. It was restored to its original glory in 1882.

It has historical importance for the monarchs of Spain and has seen renovation after renovation by various kings and queens.

Plus, Segovia is bursting to the seams with Roman forts, medieval walls and Gothic churches – feeling like a world away from the hustle and bustle. A perfect day trip to take a break.

Once you’ve made your own Gaudi-inspired mosaic, it’s time to find the real thing!

The gorgeous La Sagrada Familia attracts over 3 million visitors a year (and for good reason) but back in 2013 another gem was opened to the public.

Torre Bellesguard used to be privately owned but these days you can walk straight up. The structure is built on historical ruins and was once a country home of the last Count of Barcelona.

You can take a guided tour around the estate and learn about the history of Catalonia as well as rubbing shoulders with the architectural mind of a genius.

Valencia is jam-packed with activities to do – you could take the Robin Hood challenge, have a paella competition or even go mountain river rafting. It’s got the whole lot from adventure to culture with food and wine in between.

It’s definitely a city on the go.

But since you’re running around anyway, why not hop off the Metro at the North Station. We promise you won’t be disappointed!

Built in 1917, it’s a beautiful example of Art Nouveau architecture with a facade full of mosaics and ticket desks with the original stained glass windows. Look out for the orange splashed tiled columns.

We have even more destination inspiration for you too.

Choosing Spain for your next corporate event or team-building experience is a no-brainer to us. From mountains to cities, from beaches to bars it is a country filled with fun ways to create magical memories.

The five tips above are just the start…